"Why can't you give out some proper information?"

We don't have any - and anyway, they haven't given us a Tannoy."

One day someone will write a play about this farce.
Posted by Ken Frost at 10:50 No comments:

British Airways is facing fines of up to £5,000 per passenger for breaking European rules by misleading the hundreds of travellers stranded at Heathrow about their compensation rights. Chaos at Terminal 5, which forced the cancellation of 72 flights yesterday, will cause further disruption for thousands more passengers throughout the weekend.

Last night BA confirmed that a further 54 incoming and outgoing flights will be cancelled today, blighting the holidays of thousands of families. The Times has learnt that managers at the airline were warned by unions a fortnight ago that baggage staff had not been properly trained to handle its new system.

The Air Transport Users Council (AUC) said that a letter issued by BA to passengers on Thursday night breached the European regulation setting out the minimum rights for travellers whose flights are delayed or cancelled. The letter said:

"Regrettably, we are unable to provide you with a hotel room during this disruption. If you make your own arrangements, we will be happy to consider reimbursement of some of your out-of-pocket expenses."

BA have managed to make a terrible situation worse by mismanaging the pr fallout from this fiasco.

It seems that for BA, the customer is not part of the equation.
Posted by Ken Frost at 09:13 No comments: 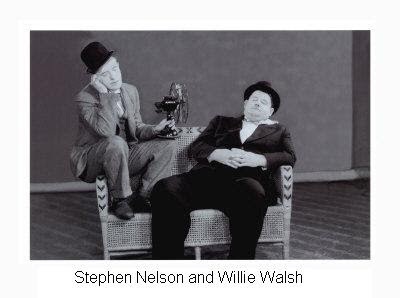 "Five and a half years ago the building of our new home began in our most visionary project to date. Today we opened the doors. There is no more waiting... Terminal 5 welcomes you.

At Terminal 5 everything has been streamlined and designed to make your journey through the terminal calm and relaxed. And this morning we saw all the planning fall into place.

Check-in and Security have been designed to speed you through to Departures in just 10 minutes*. And with a shopping concourse to rival London's West End, our premium flagship lounge complex, Galleries, and the state-of-the-art baggage system, you'll discover nothing has been overlooked to ensure your time at Terminal 5 is spent in a most relaxing and enjoyable way."

Reality was of course somewhat different from the PR department's view of things. Chaos reigned supreme yesterday as check ins, baggage belts and lifts failed and flights were cancelled.

I understand that today is pretty shambolic too.

Well done lads!
Posted by Ken Frost at 09:55 No comments:

British Airways has been flying empty planes (ghost flights) again. This time it flew three ghost flights at total distance of 15,000 miles, with no passengers on board, in little over a week.

The Telegraph reports that it flew empty 747-400s to Hong Kong and Bombay, with no one but the crews on board.

"Last Sunday, it flew one of the 300-plus seater jets 6,000 miles to Hong Kong, burning around 140 tons of fuel and emitting 329 tons of carbon dioxide. Passengers hoping to board the plane at Heathrow were told there were not enough crew available and took a later flight.

Yesterday, the airline continued with a flight to Bombay - and the return leg - despite there being no passengers on either sector.

BA are pinning their hopes on the opening of Terminal 5 at London Heathrow, to kickstart the improvement in BA's tarnished image.

Walsh is quoted in the FT:

"This year we are determined to deliver an improved customer experience. Terminal 5 is a significant step, it is a fantastic piece of infrastructure. It will allow us to transform the customer experience, especially for premium customers."

Admitting to a problem is the first step on the road to recovery!
Posted by Ken Frost at 16:06 No comments:

Good news for those of you flying with BA this Easter. The threatened pilots' strike has been called off, for Easter at any rate.

However, the British Airline Pilots Association (Balpa) said that it was still in dispute over employment plans for a newly-formed transatlantic subsidiary.

Source BBC
Posted by Ken Frost at 16:01 No comments:

Talks to avert a strike by pilots, angered by British Airways' employment plans for a newly-formed transatlantic subsidiary, have broken down.

BA will apply for a High Court injunction to stop the strike, which may well begin this week.
Posted by Ken Frost at 11:46 No comments: